The aim of this project is to design and develop a high performance RDMA-enabled RPC transport for the NFS client and server in OpenSolaris. Existing transports based on TCP and UDP are limited by copying overhead, resulting in low aggregate bandwidth and high CPU utilization. In addition, the current RDMA-Read (Read-Read design) based design has performance and security limitations.

Keeping in mind the goals of security, performance and interoperability, we have designed and implemented a complete solution of the Read-Write design. This prototype is being incorporated into the OpenSolaris kernel code base. A recent thrust of this project is to develop a pNFS prototype for OpenSolaris. pNFS attempts to address the limited bandwidth scaling of the current single NFS server with multiple clients. The design goals will also take into account the requirements of NFSV4, while providing increased aggregate bandwdith through multiple data servers which are decoupled from the metadata servers.

Our testbed consists of dual Opteron x2100's with 2GB memory and Single Data Rate (SDR) x8 PCI-Express InfiniBand Adapters. These systems were running OpenSolaris build version 33. The back-end file system used was tmpfs which is a memory based file system. 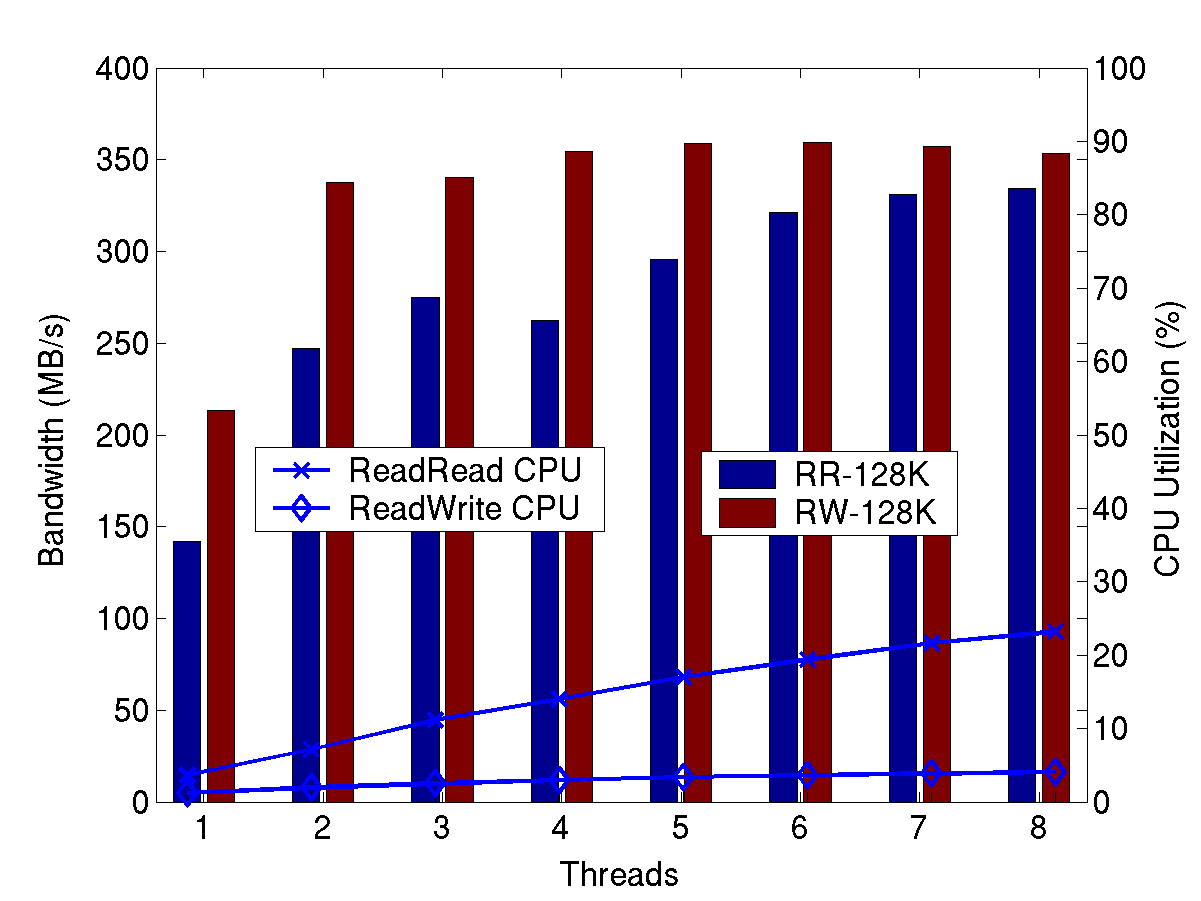 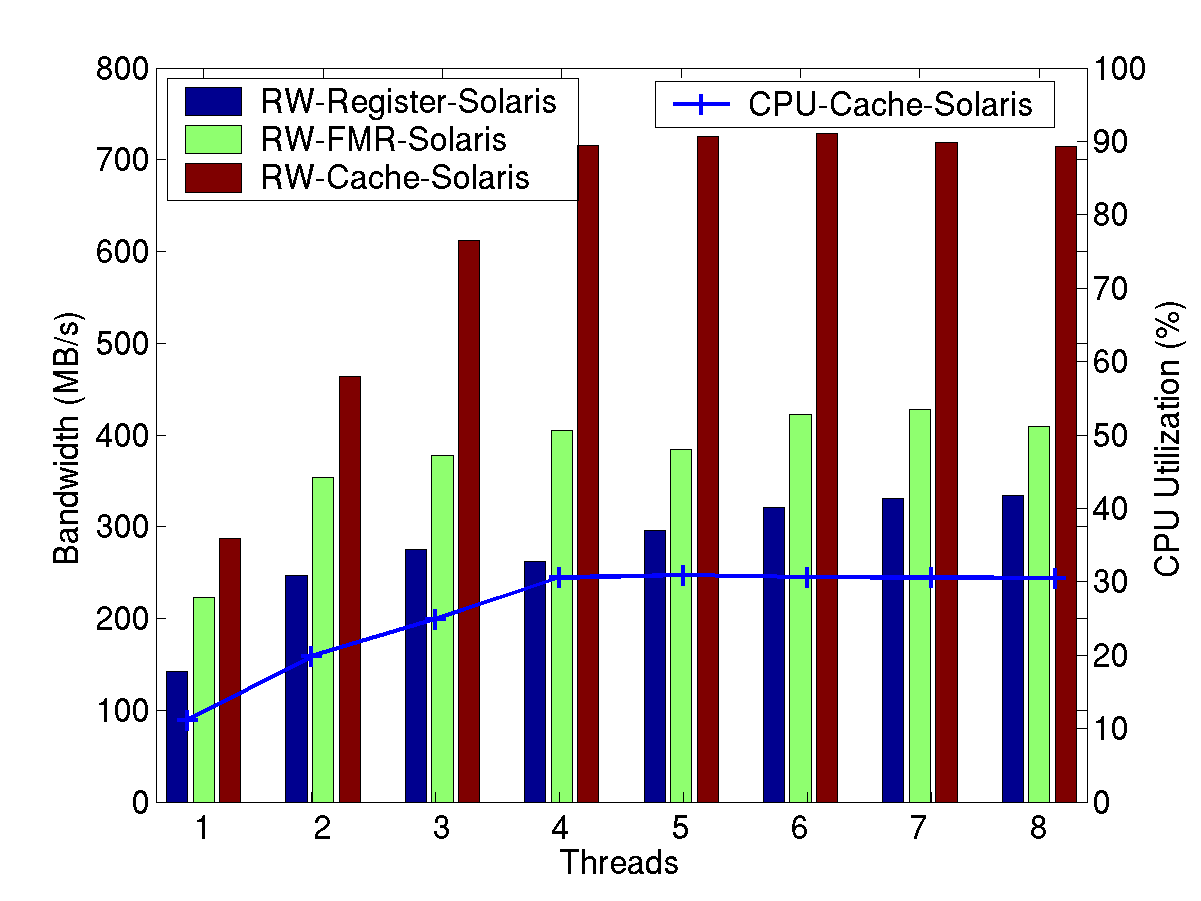 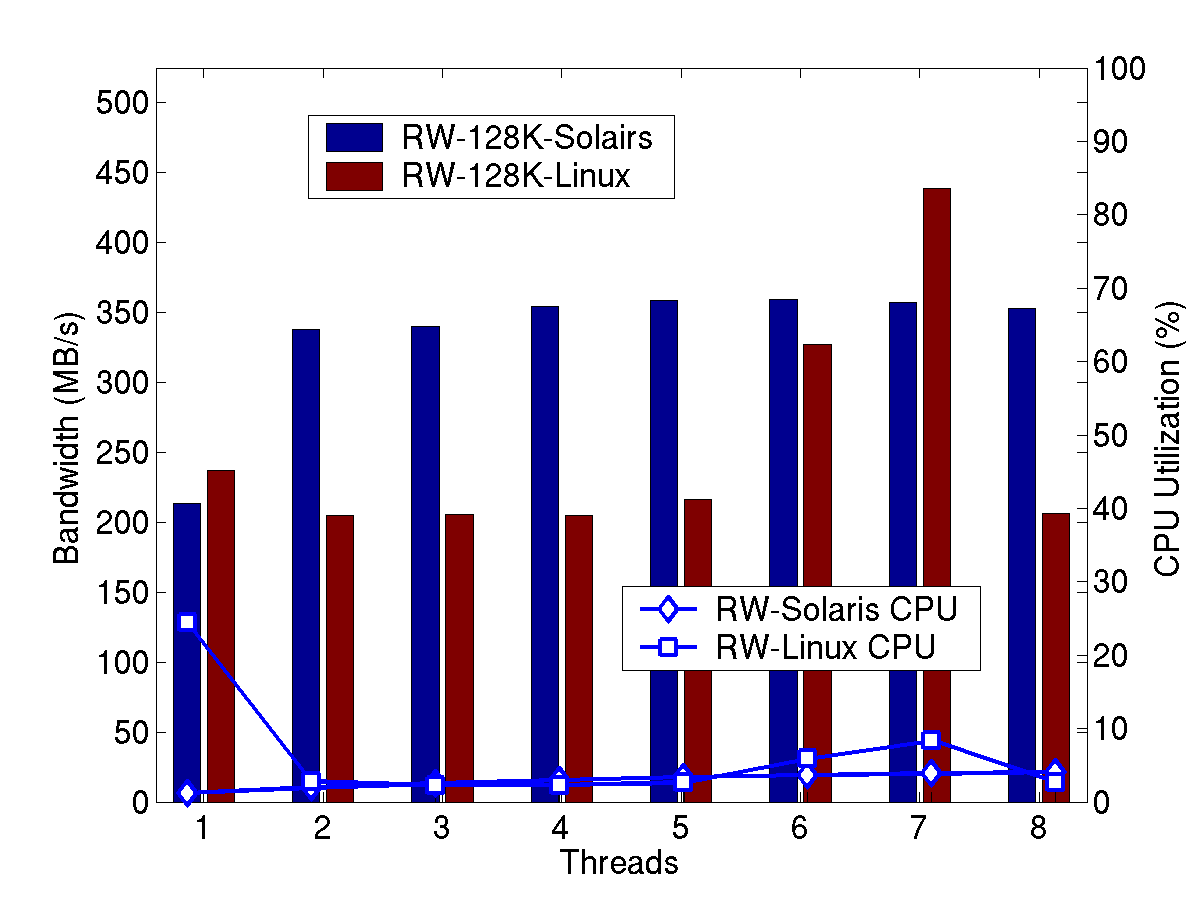